Kent Big Weekend is a big deal in the South of England. Each year over ten thousand people apply for free tickets to local attractions. 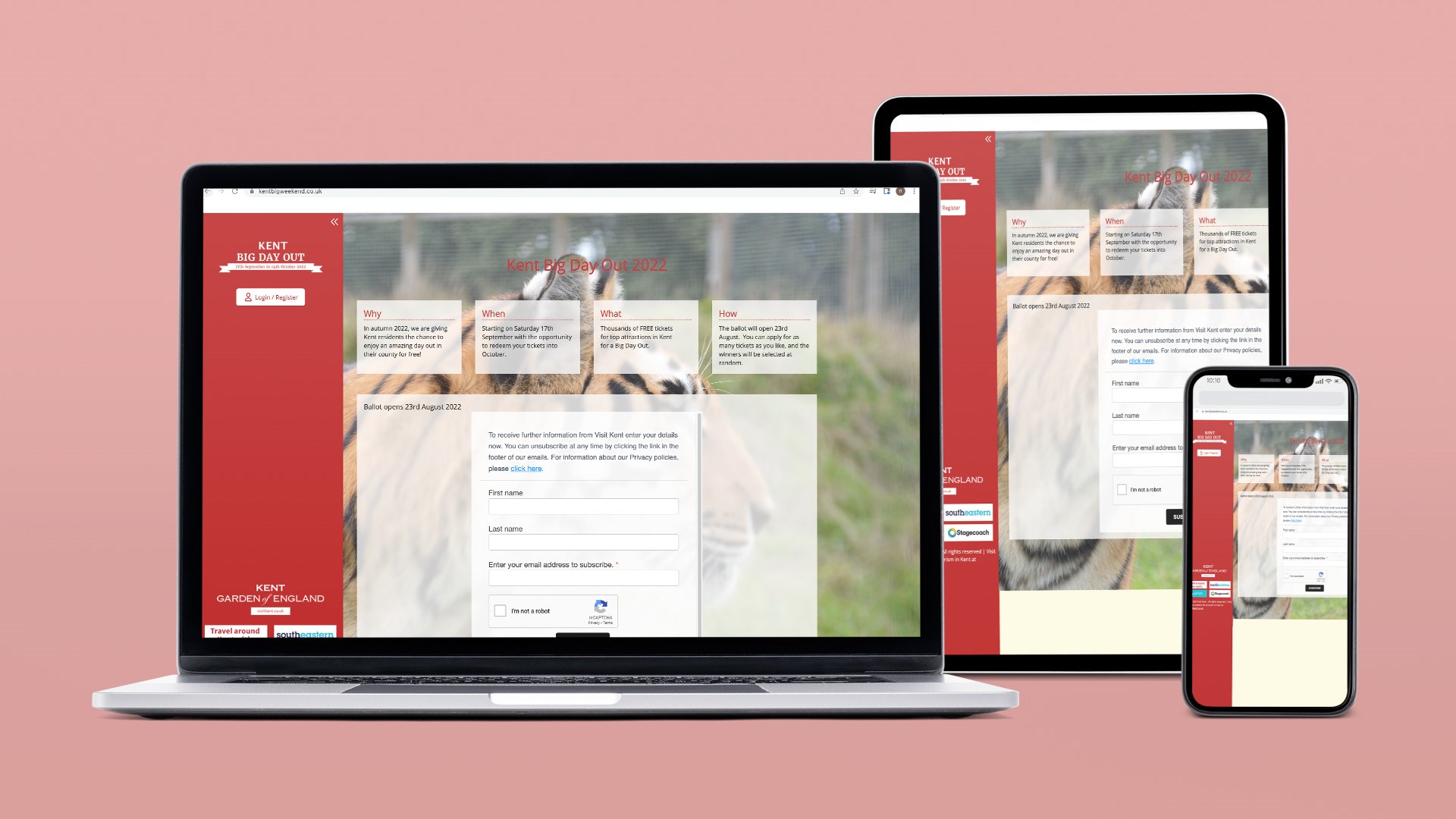 Kent Big Weekend usually takes place in March or April each year and was originally conceived as a way to make tourism and entertainment providers busier in their off season.

It’s a simple idea, if you’re not selling as many tickets give some away, then see if you make more on the other things they buy while visiting.

The website we built for them has a rigorous back end which helps to not only file ticket applications, but also randomly allocate them. It also enables the attractions to liaise directly with the customers who have won their tickets.